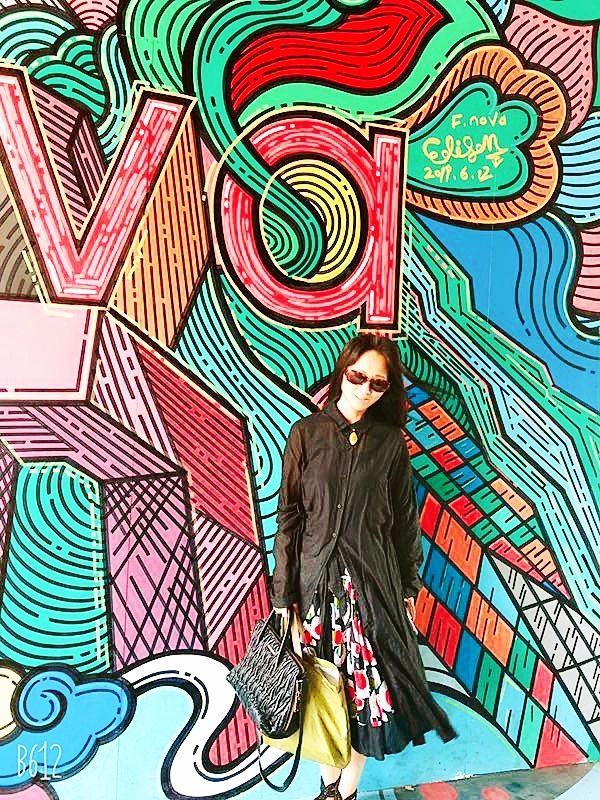 This is the art website of Chinese artist Zhang Bingruixiang. Here she  will share and display her work and artistic views creative thinking, innovation, creativity and artistic language to perceive the world respect and love for life and nature are contained in the language of painting

Zhang Bing Xiang was born in the year of the Horse, 1966, during the Cultural Revolution and possibly at the peak of Chairman Mao Zedong’s rule in the People’s Republic of China. Citizens were speaking out and voicing their opinion.

Lili’s father was captured by a group of rebels to the government then hung him from a wood beam then beaten by whip. He remained true to his integrity and as a strong man, survived and his freedom was restored in that same year.

China had nuclear weapons available. This time is often referred to as the struggles against the Four Olds, (Old ideas, customs, culture and mental habits). What a perfect time for an artist with a desire to free expression of thoughts and ideas to be born. Lili was raised as a traditional Chinese girl with a high emphasis on education.

She quickly showed a talent in art, and as good parents, eventually began to support their daughter’s choice; a difficult transition and not adherence to strict Chinese culture. Art was certainly not one of the better choices of careers for their daughter. Good parents recognized a different talent and supported her choice to learn art in a culture that until fairly recently, killed baby girls allowing only boys.

Romantic imagery school and Zhang Bingruixiang The Romantic Imagist School was founded by Chinese artist Zhang Bingruixiang in Beijing, China in February 2018. Perseverance and exploration of art prompted her to sprout the idea of ​​creating an art school. This is not to be unconventional, not self-proclaimed, nor is it self-defeating. Years of creative practice, exploration of artistic language, and thinking about the direction of artistic creation have been polishing in her mind, and the purpose of the painting school is that she hopes to be used to the end on the road of artistic practice in the future.

The world is art, and art is the world. The ideology of art has always been with every step of the development of human society. How important is the position established by artistic thought and artistic innovation in the process of artistic development. The creative theoretical thinking of art always shines on the spiritual value of human society, and the painting school Played a pivotal role in exploring the development and progress of art. Artist Zhang Bingruixiang has never stopped thinking about art, and has always integrated thinking about art into his creative practice. It does not stick to the old standards and customs, and is not restricted by various conceptual things. She advocated her own artistic thinking and opinions.

Zhang Bingruixiang has her own unique perspective on the understanding of the school of painting. She jumped out of the general conceptual meaning and incorporated her pursuit of artistic spirit into it. She did not make a general interpretation and application of the concept itself, but broadened the concept. The capacity enriches the meaning of the concept, which is consistent with her pursuit of artistic creation. The essential attribute of art is the creative grasp of the spirit, and the continuous exploration of the profoundness, novelty and romance of artistic language, so that it can reach the spiritual resonance of the appreciator and the creator. The romantic imagery school is a new spring in the field of painting.

I believe that with the efforts of the artist Zhang Bingruixiang and other artists with similar artistic ideas, they will move on to a new artistic journey and add a freshness to the ocean of art. Ocean currents.

Zhang Bing Rui Xiang will be transitioning to the United States to continue with her studies. Please let her know that she is welcome with your support of kind words.

I welcome you to view my husband's website. He is a well-published author, poet and musician.